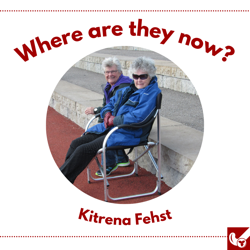 Field Hockey Ontario is happy to share the seventh of many posts in our new series of content titled "Where are they now?" This series will highlight alumni from FHO, their playing, coaching, and umpiring careers, and what they are doing now. We are happy to introduce our seventh individual, Kitrena Fehst.

Please enjoy this write-up on Kitrena's Field Hockey experience and what she does in the present, as written by Kitrena herself.

I started playing field hockey when I was 11 years old. I started out playing fullback but was stopping so many shots on net that the goalie gave me her gear and I became a goalie. Later, a great teacher from Uddingston Grammar asked me to join her university team. I played for her while doing my nurse's training and until I emigrated to Canada in 1967.

After settling in Toronto, I discovered FHO. I joined Nomads and ended up being the captain. A few years later, I started umpiring for my club. Umpiring high school games introduced me to a lot of girls interested in playing field hockey and I would invite them to join Nomads. Before I knew it, we had three squads plus a Masters squad. This gave us a large pool of players to pick from for Tours. I always loved touring - great fun and great stories. Some of my older friends may remember the converted school bus that we used to get to and from the tournaments.

I worked on my umpiring and made it to the regional level. I did quite a few international games as well as senior's tournaments. While watching Liz Hoffman work with the Ontario Squad at Eglington Flats, I somehow ended up as Manager for about six years. Thanks to Liz Hoffman and Marina Van Der Merwe, we were able to get a lot of the university players for the summer months. I was on the Toronto Executive for ten years as Match Secretary and later as President.

In 1979, I made it to Vancouver to see the last 24-team International Tournament. In the early 1980s, I started an indoor league with 6 teams which lead to quite a bit of touring for the players. In 1989, I was volunteering at the Junior World Cup in Ottawa when a tornado blew through, tipping over the camper trailer I had brought as well as causing a lot of chaos. It took a fair bit of time to get everything ready for the rest of the games. In 1990, I received a Certificate of Recognition from the Ontario Government for my work in Field Hockey.

I was able to T.D. a few tournaments and was Umpiring Chair for some others. I was still able to do some umpiring into my early 60's when health issues sidelined me. I still try to stay in touch with what the sport is doing and what my hockey friends are up to. The highlight of my year is our Annual Christmas Party which is attended by a lot of my hockey friends from a number of different clubs.

I have been married to Lutz for 47 years and, until 3 years ago, lived in Oakville. We now live in Stoney Creek. We have two boys, Chris and Duncan. Chris was very active in Field Hockey as a player, umpire, and coach until he was sidelined by some health issues.

Thank you, Kitrena, for sharing your experience with the FHO Community. Now you know where Kitrena is now! 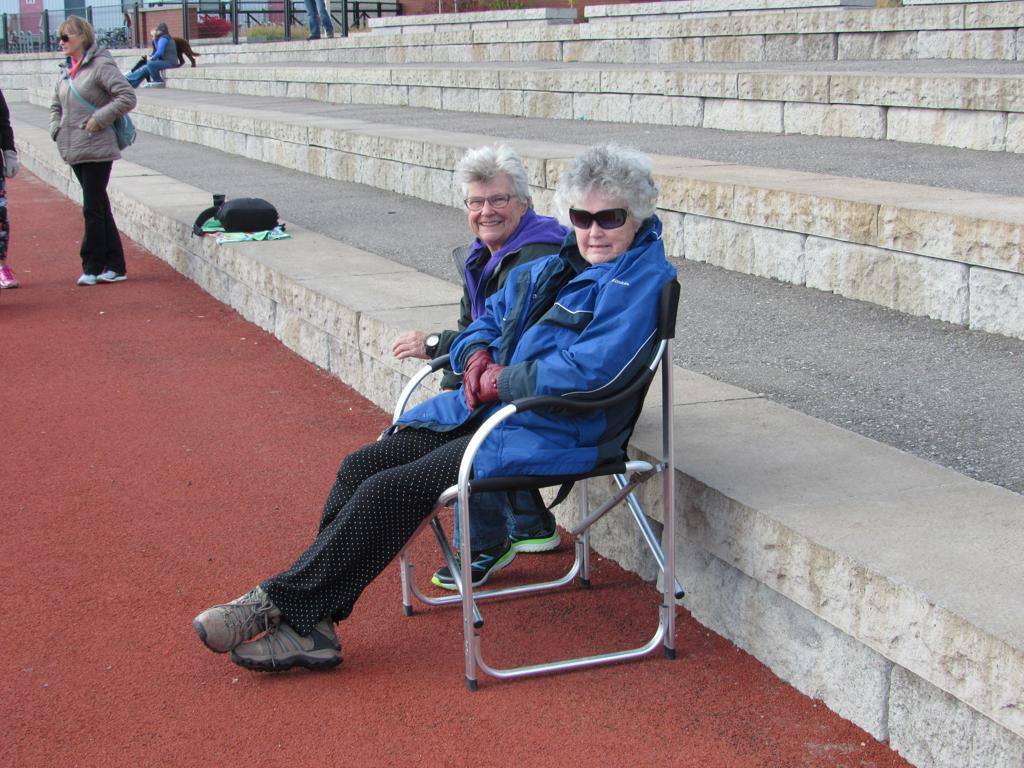 “This picture was taken about four years ago in Burlington while watching some field hockey. On my right is my good friend Ruth (Mugs) Johnston. It was in November which is why we are bundled up.” - Kitrena