The field hockey competition started off with round robin play where all 5 teams played each other once. The final standing from the round robin stage was

The bronze medal game was a fascinating game which saw the Nepean Nighthawks go into half-time with a 2-0 lead over A&C, with goals from Keanu Heins and Isabella Beck. A&C was able to cut the score in half with an early second half goal by Charlotte Craig. A&C went on to tie the game at 2-2 from a penalty stroke with just 6 minutes left in the game, scored again by Charlotte Craig. Nepean immediately responded with Isabella Beck scoring her second goal of the game. With just over one minute remaining in the game, A&C were rewarded with a penalty corner. Charlotte Craig took this opportunity to complete her hat-trick and force the game to go to a penalty shootout. During the penalty shootout, none of the Nighthawks were able to find the back of the net. Once again Charlotte Craig found her scoring touch to find the back of the net and claim the Orillia 2020 Winter Games Bronze Medal.

In the gold medal game, the first period was action packed between the two GOA teams. Ella Murphy of GOA Red was the first to find the back of the net in this game, scoring from a penalty corner. With just seconds left in the first half GOA Black was able to tie things up at 1-1 going into halftime. Once the second half started, GOA Red continued to show their dominance, where Ella Murphy completed her hat-trick, Francesca Primomo found the back of the net twice and Maartje Hermsen scored for GOA Red to win the Orillia 2020 Ontario Winter Games. 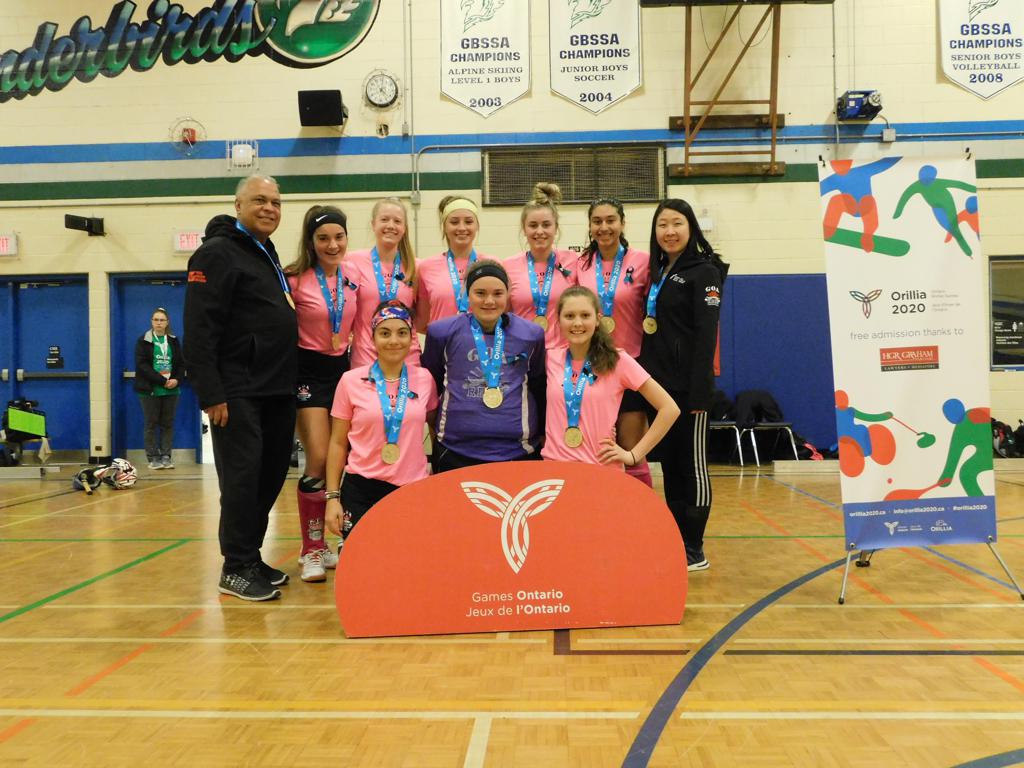